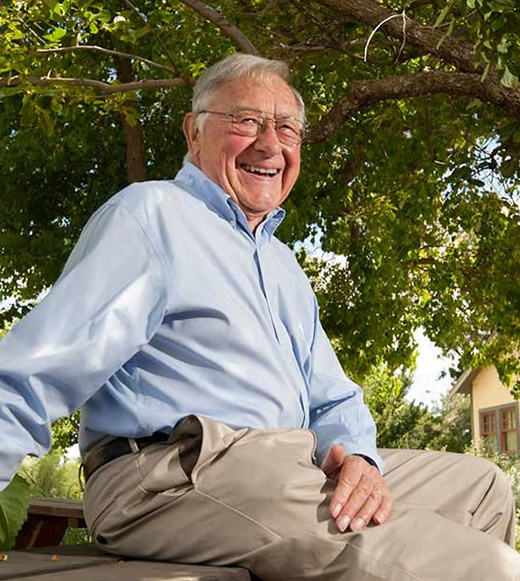 Charles E. Hess, professor emeritus of plant sciences, served as dean of the College of Agricultural and Environmental Sciences from 1975 until 1989 when he was appointed by President George H.W. Bush to be the assistant secretary for science and education in the U.S. Department of Agriculture. Prior to that, he had two presidential appointments to the National Science Board, the governing board of the National Science Foundation. After his return to campus in 1991, he served as the director of international programs and special assistant to the provost and chancellor.

Charley retired in 1994 but never stopped working for his profession, his college and the university community. He continued to serve the UC Davis administration in several capacities, including chair of the nutrition department and interim vice chancellor for research.

Charley was presented the UC Davis Medal, the campus’s premier accolade, in 2014 and was the first recipient of the Charles E. Hess Founders’ Award in December 2016. Presented by the UC Davis Emeriti and Retirees’ Associations, the award recognizes individuals whose outstanding contributions have supported the active engagement of emeriti and staff retirees in university life.