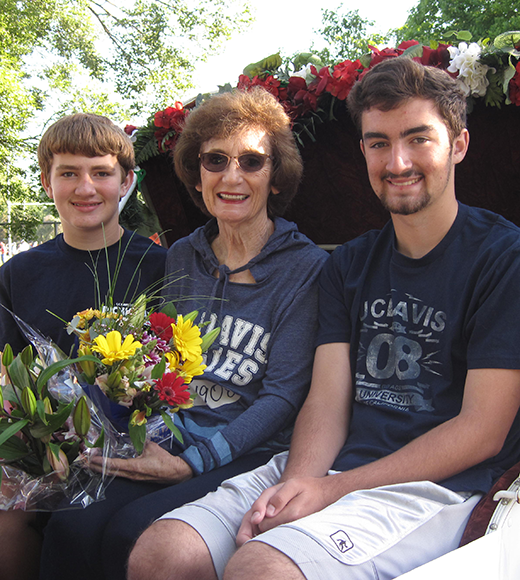 The 2015 Outstanding Service honoree is Diane Mundy. Diane and her family rode in a horse-drawn carriage in the Picnic Day parade on Saturday, April 18, 2015.

Diane has served on the UCDRA Board as treasurer since July 1, 2009 when she stepped in to fill a vacancy. She was re-elected in 2010, 2012, and 2014 and has a commitment through 2015. Diane also has volunteered to help with numerous UCDRA and Retiree Center events during the past several years, including the New Retirees Receptions, the Retiree Resource Fairs, the Retiree Fall Fests and virtually every association membership meeting. She serves the community through volunteering for Meals on Wheels and participating in a quilt group that makes and donates quilts to charitable organizations.